Congratulations to Mayor Copeland as she was presented with Pennsylvania Mayor of the Year Award last night by fellow Mayors from the Pennsylvania State Association of Mayors. Photos of last night’s ceremony where she was recognized by the State Mayors Association, State Representative Ortitay, State Senator Robinson and members of Borough Council.

A Proclamation of the Borough Council of Bridgeville, Pennsylvania, recognizing Mayor Betty L. Copeland upon receiving the 2021 “Mayor of the Year” Award from the Pennsylvania State Mayors’ Association

Whereas, Betty L. Copeland, a proud, humble and strong leader, wife of Curtis Copeland Sr., mother of Curtis Jr., Lorraine and Antoinette and proud grandmother of Jude and Kathryn, has unselfishly and devoutly dedicated her life to family, faith and service, and;

Whereas, Betty and her family have given much of their time and talents to the many organizations that serve the greater-Bridgeville community including the Chamber of Commerce, Rotary Club, local hospitals, Bridgeville Area Historical Society, Friends of the Bridgeville Public Library, and the First Baptist Church of Bridgeville, and;

Whereas, following in the footsteps of her late husband who honorably served on Borough Council and its many advisory boards, Betty has answered the calling to public service and was elected Mayor of the Borough of Bridgeville taking office January 2, 2018, and;

Whereas, her election was a significant achievement for our community as she holds with great distinction as the first woman and African American elected as Bridgeville’s Mayor, an office where she has admirably and with integrity been a goodwill ambassador advancing many successful initiatives to improve public safety in the Borough, and;

Whereas, being a role model for all citizens of Bridgeville, Betty has earned a reputation of putting forth service above self and for her guidance of compassionate wisdom, and;

Whereas, after making a significant positive impact on our community, Betty was nominated by her peers and was awarded the 2021 Mayor of the Year Award by the Pennsylvania State Mayors’ Association.

Therefore, be it Proclaimed by the Bridgeville Borough Council that she is congratulated for earning this achievement and let it be known that as a community we are beyond proud of her, and;

Directs that a copy of this proclamation be transmitted to Mayor Copeland and that best wishes for continued success, good health and happiness be bestowed upon her.

Approved, in testimony whereof, we the undersigned members of Borough Council, hereunto set our hands and caused the seal of the Borough of Bridgeville to be affixed this 13th day of September 2021. 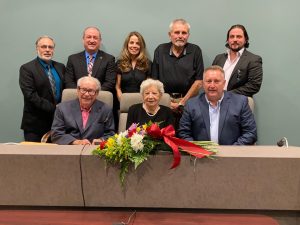 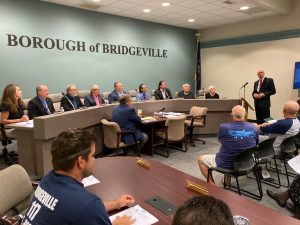 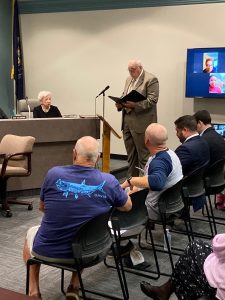 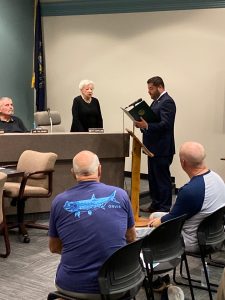 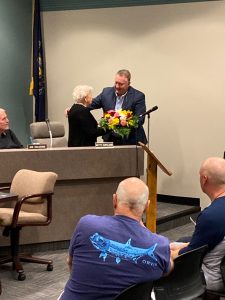 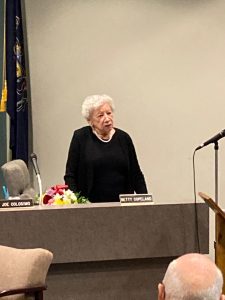